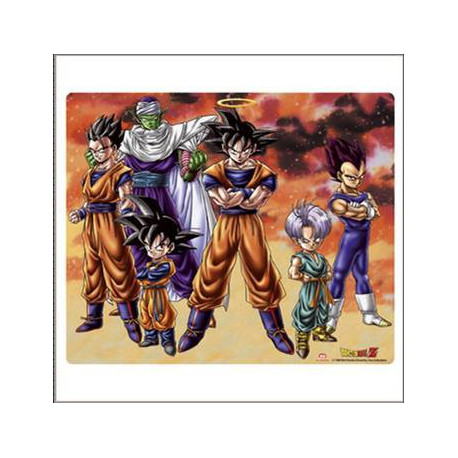 In the legend of Dragon Ball Z

Japanese animated series, Dragon Ball Z or DBZ for short was produced by Toei animation. For those who don't know, Dragon Ball Z is the sequel to Dragon Ball and tells the story of Son goku and his friends.

Dragon Ball ends with the marriage of Chichi and Son goku. Dragon Ball Z debuts five years after their marriage and the birth of their child named Son gohan. In this part of the saga, we witness the arrival on earth of Raditz, a mysterious alien warrior. He introduces himself to Son goku as his brother.

He teaches the latter that he is not an earthling as he thinks and that he is descended from a powerful race of warriors, the saiyans, whose planet has been destroyed. There would be only 4 of these warriors left alive in the universe and Goku is one of them.

In addition, he tells the latter that he is supposed to have colonized the land and killed all its inhabitants so that it is ready to be sold. Despite his explanations, Son goku does not believe him in any way and Raditz decides to destroy the earth and do the work that his brother could not begin.

His goku, helped by his friends decides to prevent him from doing so and this is how a fight between them will begin.

Dragon Ball Z is different from Dragon Ball on several levels and the first point is at the level of the main character Son goku who has grown up. He is married and became a father with the birth of Son gohan.

In DBZ on the other hand, Son goku fights with his friends against powerful enemies from space like Vegeta, Freezer, Cell, Boo, etc. His fights are aimed at protecting the earth and crystal balls.

Dragon Ball Z is a fighting cartoon but which vehicle of values such as friendship, courage, self-sacrifice, the ability to surpass oneself, strength, etc.

The beautiful Dragon Ball Z mouse pad measures 23,6 cm in length and 19.5 cm in width. With such dimensions, you will have more spaces for easily manipulate YOUR MOUSE. On the carpet, you will discover an image gathering some of the characters of the saga such as Son goku, his two sons (Son gohan and Son goten), Piccolo, Vegeta and his son Trunks.