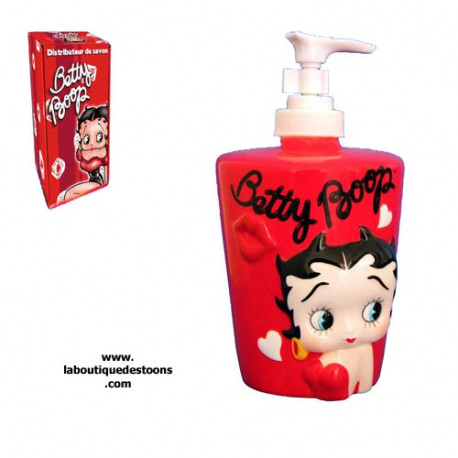 A soap dispenser is a useful accessory that makes it easier to wash hands with soap and water. It is present in almost all bathrooms and can also be used as a decorative element such as the Betty Boop soap dispenser.

Betty Boop, the idol of an entire generation

For those who don't know it, Betty Boop is a global icon of feminism. Appearing for the first time in the interwar period, specifically in 1930, it helped to entertain the people of the time of the problems they faced.

But it is his sartorial look as well as his ability to take on several roles and different professions that have contributed to his fame. Betty Boop is a charming young woman and always very smiling. She is a woman who claims the right to dress as she sees fit.

In fact, she is mostly dressed in short dresses highlighting her beautiful curves. She also wears a garter and a bustier, all the accessories of a modern woman. At that time, Betty Boop makes a sensation because in addition to her very provocative look, she is nevertheless a very hard worker.

As she appears, she multiplies the professions and asserts herself as what she really is: an independent and strong woman, able to take care of herself. It embodies what the vast majority of women aspire to in today's world. More than 90 years after his first appearance on the small screen, his character and ideals are still present in today's society.

Having a red Betty Boop soap dispenser is a way to pay tribute to her.

A soap dispenser is a simple device that releases a certain amount of soap when a pressure movement is made on its upper part. It's a handy accessory that ensures quick hand washing.

This Betty Boop model is 10.5 cm tall and 8.5 cm in diameter. It can therefore contain a greater or lesser amount of soap and this allows for longer use. On the other hand, the Betty Boop red soap dispenser is very aesthetic and has a visual that leaves no one indifferent.

Dark red in colour, it is quickly noticed when placed somewhere. In addition to its color, we find on the face of the dispenser an image of Betty Boop both charming and naughty. It is not an image stuck on the dispenser box, but rather a shape sculpted in the material. There is therefore no risk of the image taking off over time.

Like the device, the box is just as aesthetic and striking. Indeed Betty Boop is also present, dressed as usual. The box is red with white inscriptions mentioning Betty's name and the words "Soap Dispenser."